The anti-abortionist’s next move in the verbal chess game usually goes something like this. The point is not whether a human embryo can or cannot suffer at present. The point lies in its potential. Abortion has deprived it of the opportunity for a full human life in the future. This notion is epitomized by a rhetorical argument whose extreme stupidity is its only defence against a charge of serious dishonesty. I am speaking of the Great Beethoven Fallacy, which exists in several forms. Peter and Jean Medawar, in The Life Science, attribute the following version to Norman St John Stevas (now Lord St John), a British Member of Parliament and prominent Roman Catholic layman. He, in turn, got it from Maurice Baring (1874-1945), a noted Roman Catholic convert and close associate of those Catholic stalwarts G.K. Chesterton and Hilaire Belloc. He cast it in the form of a hypothetical dialogue between to doctors.

‘About the terminating of pregnancy, I want your opinion. The father was syphilitic, the mother tuberculous. Of the four children born, the first was blind, the second died, the third was deaf and dumb, the fourth was also tuberculous. What would you have done?’

‘I would have terminated the pregnancy.’

‘Then you would have murdered Beethoven.’

The truth is that Ludwig van Beethoven was neither the ninth child nor the fifth child of his parents. He was the eldest — strictly the number two, but his elder sibling died in infancy, as was common in those days, and was not, so far as is known, blind or deaf or dumb or mentally retarded. There is no evidence that either of his parents had syphilis, although it is true that his mother eventually died of tuberculosis. There was a lot of it about at the time…’The reasoning behind this odious little argument is breathtakingly fallacious, for unless it is being suggested that there is some causal connection between having a tubercular mother and a syphilitic father and giving birth to a musical genius the world is no more likely to be deprived of a Beethoven by abortion than by chaste abstinence from intercourse.'” (Richard Dawkins, The God Delusion, pp. 336-338)

The Great Beethoven Fallacy simply says that if someone saw a need to abort a new unborn child because of health reasons (prior children are born sick and defective), that individual could’ve murdered someone with the potential to go on in life and be something great. Dawkins says that Christians and the pro-life agenda have framed “Beethoven” as the one they’d use here, though the specifics of the situation didn’t apply to Beethoven all that much. Dawkins says that abortion won’t deprive the world of anything greater than someone who is abstinent and doesn’t have sex.

Stevie Wonder: The “Wonder” of Wonders 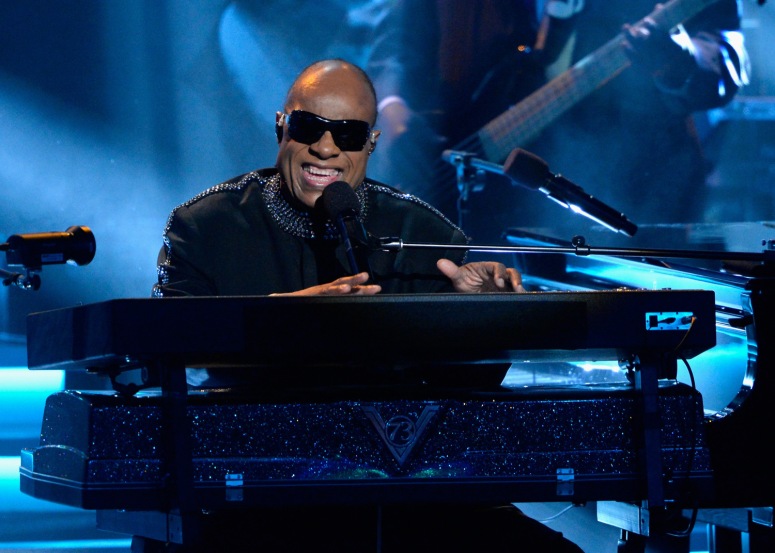 Now, with that said, there is merit to the Beethoven example. We know that Beethoven was a musical genius, and his compositions would never have been an indelible part of musical history had he been aborted before birth. Atheists always concern themselves with the benefits or usefulness of something (Dawkins discusses the benefits of religion in The God Delusion, page 192), so the pro-life community has taken this “benefit” mindset and thrown it back at the atheist. If atheists believe in utility, usefulness, and benefit, then why not believe in the benefit of an aborted child who could’ve become something great had he or she lived?

There are always real-life examples of the Beethoven dialogue above. One such example is Stevie Wonder, who was born six weeks premature with a condition known as ROP (retinopathy of prematurity) that let his retinas detach and stopped the eye growth process. ROP left Stevie Wonder blind at birth and throughout all of his life up until this present time. He was the third of six children.

Stevie Wonder has gone on to become a musical genius, having taken up instruments and singing as early as age 11. Age eleven! His blindness hasn’t stopped him from becoming one of the most memorable musicians and songwriters in all of American (if not global) history. And just think: if his parents had aborted him because he would be blind all his life, the world would’ve never gotten to know Stevie or his music. Yes, the world would’ve lost a “Beethoven of Soul” if Stevie Wonder had been killed or aborted at birth. His parents may not have known about his condition, but if they had, and they had decided to not proceed with the pregnancy, Stevie Wonder would’ve been a “wonder” the world would’ve forever missed.

There are a ton of others whose names deserve mentioning, but the point is clear to see: these individuals added something to the world that could’ve been taken away if their disabilities were seen as disadvantages. One can remove “Beethoven” from the above hypothetical dialogue and the statement would still make sense.

The difference between unborn children and non-existent children

Dawkins says that the impact of unborn children is no greater than that of non-existent children, but this isn’t true. When a child is conceived in the womb, that child bonds with his or her mother during the nine months of the pregnancy term, in a way that only mothers could truly understand. Yes, even in the womb, a place where atheists and evolutionists believe there is no life, unborn children exhibit all the signs of living beings: they eat, sleep, kick, roll over, etc. Apart from all these things, they grow from a zygote or fetus into a human being with a body shaped like those who live outside the womb.

When it comes to unborn children, Dawkins is incorrect to compare them to non-existent children. Unborn children exist, which is why mothers go through pre-natal care before the baby is born, take Lamaze classes to prepare for contractions and the baby’s birth. Expectant mothers have baby showers to celebrate the coming life, and then mark the day of their child’s birth so that he or she will forever know the day they were born in the world. Why would mothers in particular go through all this trouble for a non-existent life? They wouldn’t. If a woman walked around claiming she was pregnant and throwing a baby shower without a baby present or expected, many would think she was irrational.

When it comes to non-existent children, we don’t worry about them because they don’t exist. Sure, children have “imaginary” friends, but adults don’t play pretend with “imaginary” babies. You don’t name an imaginary baby, feed an imaginary baby, learn how to control your breathing to give birth to an imaginary baby, etc. Expectant mothers anticipate the birth of an expected baby, with whom they already share expected hopes, dreams, events, and memories (such as the child’s kindergarten graduation, among others). Unexpectant wives do not plan a kindergarten graduation for a non-existent child who hasn’t even made it into the womb yet and is three years off, for example.

Dawkins says that unborn children are non-existent children, but this isn’t true. Unborn children exhibit signs of living existence, and expectant mothers can feel the kick of an expected child to know that he or she is incubating in the womb for nine months. There are physical effects of carrying a child in-vitro that expectant mothers experience. These physical signs let them know that their child truly lives.

For Dawkins to compare them and make them the same shows his commitment to scientific naturalism: if the child doesn’t exist outside the womb, then there is no child. Despite scientific naturalism and its commitment to tangible evidence, courts have sentenced mothers who drink during their child’s pregnancy and increase their risk of Fetal Alcohol Syndrome (FAS) to prison for neglect and abandonment.

With that said, science can claim naturalism all day long, but the laws of the US have some commitment to in-vitro children whom they believe to be persons with rights before said children are ever born. The legal system’s commitment to protecting unborn children isn’t an atheist commitment — it’s the commitment that, even if it’s not true that life begins at conception (a longstanding conservative Christian belief is that life does start at conception), life, at the very least, begins before birth. Oops! When eliminating any traces of religious belief, atheists forgot to root this out, even with Roe v. Wade on the books.

Those who abstain from having children have not harmed imaginary, non-existent children who’ve never materialized in the womb. To kill a child after he or she exists in the womb is to kill a real, living and breathing child whose birth marks a miracle, whose life marks an opportunity for greatness. That unborn child who is alive in the womb could find a cure for cancer, bring about world peace, or lead the next great Protestant Reformation.

Those who abort children and the doctors who help them can never know what the aborted children can do. Yes, every life that kicks in the womb has potential, and that potential is unknown by mortals until it materializes. Even atheists can’t say with 100% confidence that abortion isn’t taking away our future world leaders, intellectuals, political candidates, doctors, and even our future scientists.

For all atheists (and Richard Dawkins) know, abortion practitioners are murdering the best of the future. What, then, will remain?