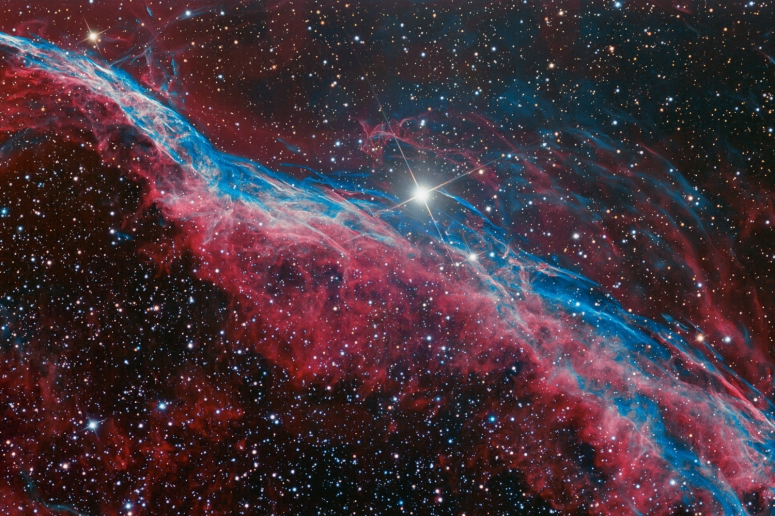 2. The natural temptation is to attribute the appearance of design to actual design itself. In the case of a man-made artefact such as a watch, the designer really was an intelligent engineer. It is tempting to apply the same logic to an eye or a wing, a spider or a person.

3. The temptation is a false one, because the designer hypothesis immediately raises the larger problem of who designed the designer. The whole problem we started out with was the problem of explaining statistical improbability. It is obviously no solution to postulate something even more improbable. We need a ‘crane,’ not a ‘skyhook,’ for only a crane can do the business of working up gradually and plausibly from simplicity to otherwise improbable complexity. (Richard Dawkins, The God Delusion, page 187).

Any sentence written in English can exist if someone writes it, but every sentence in English doesn’t have meaning. For example, “the unicorns turned 39 this week” or “the wave cooked an apple pie for the sand” are sentences that meet grammar rules but make absolutely little sense whatsoever. Unicorns can’t turn 39 because unicorns don’t exist, and “the wave,” referring to part of the ocean waters, can’t actually cook food for the sand because first, the wave isn’t a person and secondly, the sand can’t eat!

The problem with these sentences above are that both of them mix categories: the wave can’t cook an apple pie for the sand because the wave is not a person (as said above); only people can cook. Unicorns can’t turn 39 because they’re not people, nor existing animal, so giving unicorns an age is to claim they’re real when they’re not.

When one attributes to an imaginary object something real (such as, “the two-headed female dragon plowed the fields,” another one), we’re doing what I like to call “mixing categories.” Animals have to be given animal actions for a sentence to make sense, and humans have to be given human characteristics for the sentence to appeal to the human intellect.

In the Dawkins quote above, The God Delusion author is giving a summary of the chapter, reminding us of key points so that we don’t get the main points lost in the mental legwork. Among the points to take away from the chapter include the idea that the designer hypothesis creates a problem: that is, that the designer has to be as complex as the world He (God) made.

I’ve already tackled the problems with Richard Dawkins’s view of “God in infinite regress” (which includes the idea of a growing, changing, becoming God, a God of Process Theism, and a God who isn’t really God at all because “He” would owe his existence to a previous God, and so on, until you go back to the beginning of time and find the “god” responsible for the origin of life. The use of “God” and “god” interchangeably here refers to the notion that this “God” Dawkins posits would be an inferior “god” to the oldest God, who existed before all these others — if an infinite regress with an Infinite Being were possible. Unfortunately, it isn’t.

But this discussion of God in infinite regress brings up the statement Dawkins makes in the above excerpt. The designer hypothesis is problematic to Dawkins because it “immediately raises the larger problem of who designed the designer.” This isn’t a logical problem for Christians, though, or for the Intelligent Design movement, but instead, for Richard Dawkins. The reason? He’s mixing categories, guilty of what I call the “mixing categories fallacy.”

“Who designed the Designer” (I’m capitalizing this to honor the Lord, My Savior and My God) is akin to asking “Who cooked the Cook” or “Who Baked the Baker.” It is mixing categories because the Designer, the one who designed everything, doesn’t have a designer. He is the Designer of everything, so He Himself is designed by no one.

For Dawkins to ask the question “Who designed the Designer” shows that he presumes the “designer” would be part of his creation, made out of physical stuff. While atheists and many Dawkins sympathizers don’t mind this idea, it seems foreign to logic (and downright illogical) that “what we see” could’ve made “what we see.” To argue that nature can account for its own existence is to say that “nature made itself,” that “we made ourselves.” Scripture clearly says that “It is He that has made us, and not we ourselves” (Psalm 100:3).

The Scriptures speak of false doctrine in the church at Ephesus (yes, the question of women being preachers, teachers, and pastors is all about false doctrine, not an excluded gender with regard to spiritual gifts), but they also mention “endless genealogies”:

3 As I urged you when I went into Macedonia—remain in Ephesus that you may charge some that they teach no other doctrine, 4 nor give heed to fables and endless genealogies, which cause disputes rather than godly edification which is in faith. (1 Timothy 1:3-4, NKJV)

The situation here likely pertained to the origin of humanity, with many positing endless genealogies, family lineages that would never end. Eventually, Paul has to correct the believers at Ephesus in his letter to Timothy because the Bible speaks of a beginning of humanity with Adam being the first man. This explains why in 1 Timothy 2 Paul says “For Adam was formed first, then Eve” (1 Timothy 2:13).

The “endless genealogies” here are not edifying to the Body of Christ and believers, but rather, destructive. It is an endless genealogy that Dawkins is attempting to establish here with his “God in infinite regress” and “who designed the designer” statements. In both of these, Dawkins is saying that God was designed by someone, but then, one will be forced to ask, “Who designed God’s designer?” The ludicrousness of such a thought can’t be overstated.

God is the Designer, God is the Maker of all things. The God of the Bible is a God who owes His existence to no one. Before time, He was. Jesus tells us that “before Abraham was, I am” (John 8:58), and John says in his prologue that Jesus is God, eternal, the Creator of the world:

2 He was in the beginning with God. 3 All things were made through Him, and without Him nothing was made that was made. (John 1:2-3)

John 1:3 says that “without Him nothing was made that was made,” a statement that says plainly, “without Jesus, there’d be no creation.” Jesus is the second person of the Trinity and the second member of the Triune Godhead, fully and equally God in His own right along with God the Father and God the Holy Spirit. According to John and Jesus, the world owes its existence to God; the world is not eternal, but God is. God existed before Abraham, meaning that God is not like Abraham in that He is not merely human as Abraham was.

If nothing was made apart from Jesus, who is God the Son in the Trinity, then how could He, God, be “designed” or “made” by someone else? That’s the question I’d pose to Richard Dawkins. If God made all that exists, then nothing that exists could’ve made God. And if there is a God “before God,” a God who made God, then the “made God” isn’t deity (I said this in my post on God in infinite regress — check the blue link above).

Contrary to Dawkins’s belief, then, believing that there’s an Intelligent Designer of the universe doesn’t leave the door open for infinite regress; rather, it leaves the door open to give glory to God in three persons (Father, Son, Holy Spirit), the same three who said “Let Us make man in our image, after our likeness” (Genesis 1:26).

Dawkins asks “Who designed the Designer,” but this has got to be the most illogical question Dawkins has ever written in all of his published work. For a man of his intelligence, this “slip of the pen” (or keyboard, or typewriter) shows that Dawkins is a scientist (a zoologist, to be exact) but he is no philosopher. A seasoned philosopher would never ask this question because of how illogical and against reason it truly is. If someone asked, “Who wrote the writer?,” do you think Dawkins would give the time of day to the question? I doubt it.

Dawkins believes that God is a fairy tale, but his question “Who designed the Designer?” is the only true fairy tale. After all, it presumes that the Designer, the one who made all things, is Himself made, but the Creator and creation can’t logically be the same. No child is born of himself or herself but instead, by two parents.

No one gave birth to Adam (he was the first human, created by God), and thus, no one gave birth to God. So “who designed the Designer” is a fancy play on words, but, like Dawkins’s claim that divine design is a magic trick, it is nothing more than an illusion of something worth answering. In the end, such “logic” is miserable and to be pitied.

2 thoughts on ““Who Designed the Designer?”: the mixing categories fallacy”