But it’s misleading to say “Matthew and Luke.” One might better say “Matthew vs. Luke,” for the Gospels bearing their names contradict each other on almost every detail. The popular image of shepherds and wise men side by side before the cradle? Matthew says wise men. Luke says shepherds. Neither says both. [Tom Flynn, “Matthew vs. Luke: Whoever Wins, Coherence Loses,” from Free Inquiry 25, no. 1 (December 2004-January 2005), page 34]

I’m sure you’ve seen the Magi (or wise men) and shepherds side by side in Nativity scenes for a lifetime as you drive pass churches or residential areas. Well, while it is a beautiful sight to behold, biblically, it’s a bit anachronistic because the wise men and the shepherds were not present together when Jesus was born in a manger. According to Luke’s Gospel, the shepherds in the fields were told by the angels, and they went to see Jesus in a manger.

The wise men didn’t come right away because they were nearly 2 years off from seeing Jesus. When the wise men appeared and the star was present in the sky, the angels and the shepherds had long gone. And, finally, what many may find shocking, Jesus was too old for a manger; He was now in a house, as Matthew’s Gospel says.

Tom Flynn, editor of Free Inquiry magazine and the author of this article within this late 2004 edition, wants to create an illusion that the accounts of the Gospels of Matthew and Luke are contradictory. He says that “the Gospels bearing their names contradict each other on almost every detail” (page 34). Of course, one only sees contradiction if one looks for it. The Gospels of Matthew and Luke aren’t giving contradictory accounts to say that the shepherds appear (Luke) and the wise men visit Jesus at some point (Matthew).

Let’s investigate Flynn’s contradiction claim about the Gospels, then get to the bottom of just why the accounts differ. 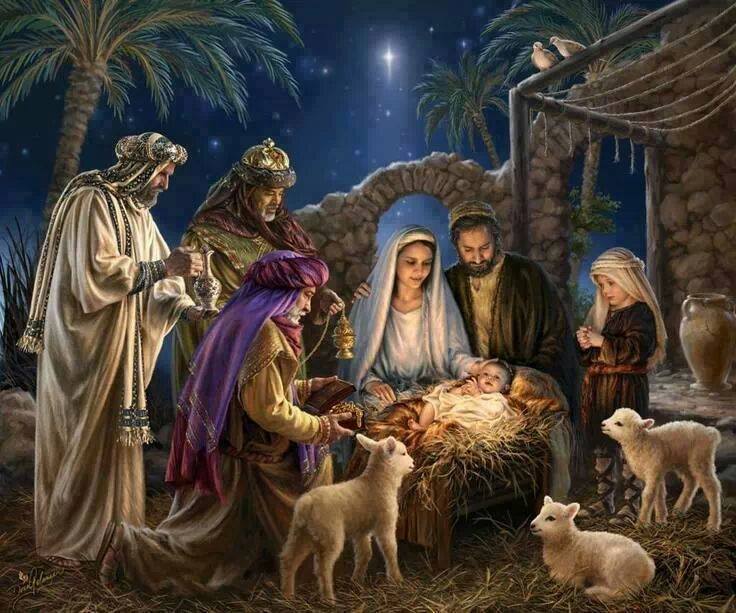 What would make these accounts contradictory is if Luke had said, “only the shepherds witnessed the birth” and Matthew had said, “Only the wise men witnessed the birth of Jesus.” Last time I read the Gospels (a few days ago, in fact), I don’t recount seeing that? I think Tom Flynn is flippantly throwing around the word “contradict.” He places it in his article in 4 places (3 places other than this one), but the Gospel accounts don’t warrant such an unjustified claim.

Now, let’s examine why Matthew and Luke differ in who was present at the Nativity.

First, let’s examine the Gospel of Luke, since Luke records the day of Jesus’ birth and Jesus the newborn:

4 Joseph also went up from Galilee, out of the city of Nazareth, into Judea, to the city of David, which is called Bethlehem, because he was of the house and lineage of David, 5 to be registered with Mary, his betrothed wife, who was with child. 6 So it was, that while they were there, the days were completed for her to be delivered. 7 And she brought forth her firstborn Son, and wrapped Him in swaddling cloths, and laid Him in a manger, because there was no room for them in the inn.

8 Now there were in the same country shepherds living out in the fields, keeping watch over their flock by night. 9 And behold, an angel of the Lord stood before them, and the glory of the Lord shone around them, and they were greatly afraid. 10 Then the angel said to them, “Do not be afraid, for behold, I bring you good tidings of great joy which will be to all people. 11 For there is born to you this day in the city of David a Savior, who is Christ the Lord. 12 And this will bethe sign to you: You will find a Babe wrapped in swaddling cloths, lying in a manger.”

13 And suddenly there was with the angel a multitude of the heavenly host praising God and saying:

14 “Glory to God in the highest,
And on earth peace, goodwill toward men!”

15 So it was, when the angels had gone away from them into heaven, that the shepherds said to one another, “Let us now go to Bethlehem and see this thing that has come to pass, which the Lord has made known to us.” 16 And they came with haste and found Mary and Joseph, and the Babe lying in a manger. 17 Now when they had seen Him, they made widely known the saying which was told them concerning this Child. 18 And all those who heard it marveled at those things which were told them by the shepherds. 19 But Mary kept all these things and pondered them in her heart. 20 Then the shepherds returned, glorifying and praising God for all the things that they had heard and seen, as it was told them. (Luke 2:4-20, NKJV)

As one can see, it is while Jesus is in a manger, having been newly born, that the shepherds (in the same region) were visited by the angels and told about Jesus’ birth. In Luke 2:15, they say, “Let us now go to Bethlehem and see this thing that has come to pass,” and in verse 16, “they found Mary and Joseph, and the Babe lying in a manger.” When they come to Bethlehem, Jesus is still in a manger.

The situation is somewhat different for the Magi or wise men, who don’t find a manger when they come to Bethlehem to see Jesus:

Now after Jesus was born in Bethlehem of Judea in the days of Herod the king, behold, wise men from the East came to Jerusalem, 2 saying, “Where is He who has been born King of the Jews? For we have seen His star in the East and have come to worship Him.”

9 When they heard the king, they departed; and behold, the star which they had seen in the East went before them, till it came and stood over where the young Child was. 10 When they saw the star, they rejoiced with exceedingly great joy. 11 And when they had come into the house, they saw the young Child with Mary His mother, and fell down and worshiped Him. And when they had opened their treasures, they presented gifts to Him: gold, frankincense, and myrrh.

12 Then, being divinely warned in a dream that they should not return to Herod, they departed for their own country another way. (Matthew 2:1-2, 9-12)

The words for “manger” (Greek, phatne) and “house” (Greek, oikos) are not the same, either: while the manger was outdoors (there was no room in the inn, remember?), the Magi find Jesus in a house — meaning that Joseph and Mary were not traveling as they had been in Luke 2, but were residents of Bethlehem at this time. If Matthew 2 describes the same events as Luke 2, then why would Mary have needed to look for an inn in which to give birth when she could’ve traveled to her own home?

It wouldn’t make sense for Mary to have Jesus in a manger in Bethlehem when she lived in a house in Bethlehem; thus, Jesus being born in Bethlehem due to travel in Luke 2 is different from Jesus being a “child,” a toddler, who resided in Bethlehem in Matthew 2. Remember that Luke is focused on the early days of Jesus’ life: His birth, eight days after birth when He is circumcised, and a month later.

Mary and Joseph had to perform all the Law regarding the birth of a male child as well as have Jesus circumcised (Luke 2:21-24, 39). Matthew is concerned with Jesus being around two years old at the time, already circumcised, with Mary and Joseph already settled in Bethlehem. The Magi don’t find Jesus in a manger because they go to a house to see Jesus; Joseph and Mary have settled as residents when Jesus is two years old, while they were only passing through Bethlehem when Jesus was born and they unsuccessfully tried to have him at a local Bethlehem inn. 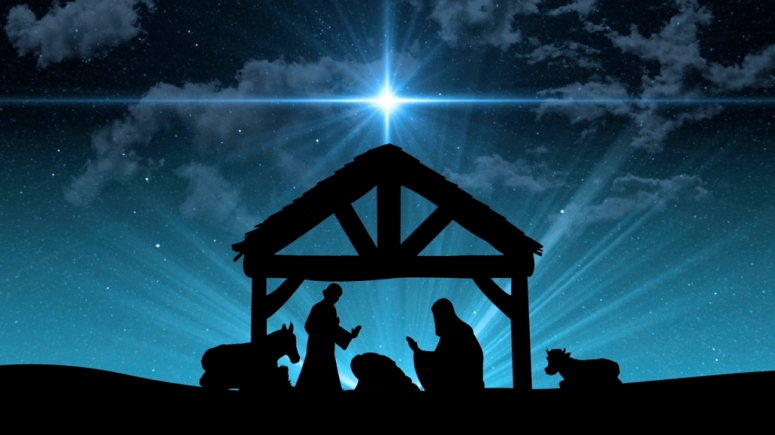 Tom Flynn says that the Gospels of Matthew and Luke are contradictory with regard to their accounts, but this isn’t true: one testifies to the day of Jesus’ birth, the other with regard to Jesus as a two-year-old toddler. These accounts are not contradictory, but are merely providing different details about different time periods in the early years of Jesus.

Atheists and skeptics can throw around the words “contradict” and “contradictory” with regard to the Gospels, but it’s an intellectual cop-out. It takes greater intelligence to reconcile these two accounts — and it doesn’t take a rocket scientist to see how they work together.

3 thoughts on “Matthew’s wise men and Luke’s shepherds: answering the claim of contradiction”